The LIFE of a CRAZY BORN AGAIN KID 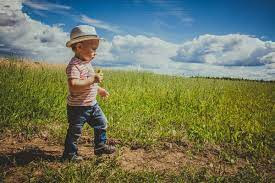 Except ye be converted,

and become as little children,

ye shall not enter into the kingdom of heaven.

4 Whosoever therefore shall humble himself

as this little child,

the same is greatest

in the kingdom of heaven.

The HOLY SPIRIT gave me the idea last night.

Let's be compassionate with each other.

So, SPIRIT gave me "PRAYCONSERV".

To preserve my life.

This will jell for life.

The life of a TRUE BORN AGAIN.

Why, there are false born agains?

I've met many in the far past.

They tried converting me.

If there's a convertible car, I guess, you can call me the "inconvertible".

I simply could not buy into their doctrine.

For their ways were proud.

It did not touch my heart.

They looked down upon those who were not "saved".

At least, the ones I've encountered.

A few were real.

It wasn't their time.

I wasn't ready then.

God was saving the BEST, for my LAST.

Only GOD could touch my heart, HIS WAY.

Crazy, crazy kid, this one.

Had to be a different method.

He knew my heart was soft, but my mind was strong.

I WANTED PRECISE PROOF of WHO HE REALLY is.

He knew what I was all about.

He was going to make sure I understood Him.

And DELIGHT in His WORD.

For He knew I'd been seeking for the LOOOOOONGEST time.

He knew I could not buy into the world's truth.

I'm sure GOD enjoyed the process, lengthy as it may have been -- for me.

But He knew I'd FIND it.

He saw my daily goings-on.

He saw my efforts.

He knew I'd FIND HIM.

For, He gave PLENTY CLUES along the way.

And He saw, I was picking them up.

Making sure I got them all.

Filing them, for "FUTURE use".

He knew, on the day of "reckoning", I'd STICK to His TRUTH.

And WRAP my HEART around it.

How can GOD be wrong about His children?

But FIRST, the surrender.

Life was not meting out success for quite a while.

I began my declarations:

"I can't figure this out anymore."

"What am I doing wrong?"

"I used to be successful in these things."

"Why am I failing miserably?"

"I don't know what to do anymore."

"But I do want to change my life."

"What would you have me do?"

On the 10th declaration, GOD finally showed up.

That's the declaration He was waiting for.

"What would YOU have me do?"

Tantamount to saying, "What is YOUR will?"

Aha, you got it GIRL!

Not my will, which used to work beautifully (by the world's standards), for a while.

Until such time, the LORD said, "ENOUGH!"

"You're going on a downhill spiral."

"You will be destroyed, at the rate you're going."

"And why are you taking others, along with you?"

"Whether you know it or not, you are."

"I have to TAKE CHARGE of your life now."

That's when nothing worked for me anymore.

He does not want us destroyed.

9 The Lord is not slack concerning his promise,

as some men count slackness;

but is longsuffering to us-ward,

not willing that any should perish,

but that all should come to repentance.

Me, being a willful child, tenacious to the bone, can only surrender if GOD pulled the plug on ALL my projects.

For the longest time.

Huh, no surrender yet?

Still figuring things out, on your own?

Broke, to the bone.

When mammon goes, GOD shows up.

And that's when GOD sent His SON to help me out.

He knew the surrender was real.

10 For the Son of man is come to seek

that which was lost.

And boy, was I mighty lost.

I kept going around in circles.

So, I finally sat down.

Held up my hands to God.

Pleaded to know His TRUTH -- alone.

Scripture says JESUS prays to the FATHER, to send His HOLY SPIRIT, to start teaching us.

The HOLY SPIRIT started teaching me, THROUGH Scripture.

Where I've read hundreds, maybe even thousands of books, researching on ULTIMATE TRUTH, now, the Holy Spirit started teaching me about the WORD of GOD.

I did declare, I only wanted the EXACT words of JESUS.

Nothing else was acceptable.

I had not traveled that far, to be led to another incomplete, or false version of GOD's TRUTH.

For the world had many.

GOD sees your desire to really know Him.

I wanted to WRAP my WHOLE HEART on something REAL.

God knew that, and smiled.

EXACTLY as He wanted, too.

And, please, which Bible VERSION to read?

There were so many.

Precisely why I did not read it.

I honestly got confused.

Even mad, that there were so many.

Why can't the BIBLE just have ONE version?

I found out the reason why.

People were figuring out the LORD, too.

So, to each his own way.

But there was no more excuse not to read THE BOOK of GOD.

The HOLY SPIRIT -- the TEACHER of ALL THINGS -- was going to teach me EVERYTHING about JESUS.

EVERYTHING I HUNGERED to KNOW, about GOD's TRUTH.

After my watching the videos, GOD made born again.

I headed for the BIBLE.

What used to intimidate me, became my go-to.

The HOLY SPIRIT eventually led me to the KING JAMES VERSION.

Where I wanted simple, GOD gave me difficult.

EVERY verse started "speaking" to me.

THROUGH the HOLY SPIRIT, I began to understand God's WORD perfectly.

CLEAR, as the LIGHT of CHRIST.

12 Then spake Jesus again unto them,

I am the light of the world:

he that followeth me

shall not walk in darkness,

but shall have the light of life.

Now, I could SEE.

The world kept me in a fog, for a long time.

But it's been quite a journey.

The MOST EXCITING JOURNEY of my life.

YOU WILL BE CHANGED.

You will DROP EVERYTHING THAT IS NOT OF CHRIST.

According to GOD's WILL.

According to GOD's PLAN for you.

There will be peace, joy, contentment, delight, excitement, and most of all -- CLARITY.

You will be a jumping jelly bean of a child.

What the world would not tell you, the BIBLE will.

I mean, gosh, how could the world tell you, what it's designed NOT to tell you?

To lead you to HIS SON, JESUS.

Who will show you THE WAY -- back to GOD.

6 Jesus saith unto him,

no man cometh unto the Father,

Isn't that a long cut?

I mean, now that you've found the LORD, why does He send His SON to teach you?

Well, from ages past, GOD was in DIRECT contact with His people.

He even used to WALK in the GARDEN with them.

8 And they heard the voice of the Lord God

walking in the garden

in the cool of the day:

and Adam and his wife hid themselves

from the presence of the Lord God

amongst the trees of the garden.

9 And the Lord God called unto Adam,

and said unto him,

Oooh boy, that question made the kids tremble.

For they had done a thing.

The VERY thing God asked they NOT do.

I mean, the garden was full of fruit trees.

They had more than enough.

For the sake of God, "WHY eat from THAT TREE?"

But as the Bible says, the serpent was "subtil".

3 Now the serpent was more subtil

than any beast of the field

which the Lord God had made.

And he said unto the woman,

Ye shall not eat of every tree of the garden?

You know the story.

If anything, it's accelerated.

And there was NO MORE EXCUSE not to listen, or to understand.

God understands the travails of the flesh.

In His mercy, He sent His BELOVED SON, Jesus.

He led us back to GOD.

He took on ALL our sins.

who knew no sin;

the righteousness of God in him.

He DEFEATED death, and the devil.

14 Forasmuch then as the children

are partakers of flesh and blood,

he also himself likewise took part of the same;

that had the power of death,

that is, the devil;

He gave us the RESURRECTION.

3 For I delivered unto you first of all that which I also received,

how that Christ died for our sins

according to the scriptures;

4 And that he was buried,

and that he rose again the third day

according to the scriptures:

JESUS even spoke of the prophesy regarding His own death, and resurrection.

Thus it is written,

and thus it behooved Christ to suffer,

and to rise from the dead the third day:

47 And that repentance and remission of sins

should be preached in his name

Those TWO sets of verses, above, in a nutshell, was the GOSPEL of JESUS CHRIST.

The world was designed we be distanced from GOD's WORD.

For the world serves a different god.

But the HOLY SPIRIT will make sure believers know the GOSPEL of JESUS CHRIST.

Night and day, SPIRIT and I were at it.

And a burgeoning 31 blogs.

It's been two years since I first became born again.

The writing's taken on new steam.

ALL because of SPIRIT.

The MIGHTY TEACHER of ALL.

And now I can share all I'm being taught -- through this blog -- and 30 other blogs SPIRIT and I have created.

He allowed me one blog, for play.

Thus, 31 blogs in all, since I became born again.

One after the other.

Spirit gives me the acronym PRAYCONSERV.

It's not an accident, the word "contentment" is in between.

Between prayer, and service, you will have contentment.

Spirit whispered something in my ear.

I know the next step of my work.

You'll know, too, once we're ready.

It's all new to me, so will look into it first.

Though, it does feel right.

The SPIRIT of GOD is that way, for believers.

And remember -- ALL GLORY belongs to GOD -- alone.

Email ThisBlogThis!Share to TwitterShare to FacebookShare to Pinterest
Labels: a HOME for GOD, CHRIST in us, DEVOTION to the WORD, EDUCATION from SPIRIT, GOD's HUMOR, God's TRUTH, LOVING GOD, on PRAYER, PREDESTINATION, SPIRIT of GOD, STEADINESS of GOD, the TRUE BORN AGAIN, VICTORY in JESUS
Newer Post Older Post Home 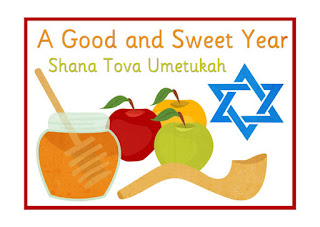