The young JESUS in JERUSALEM 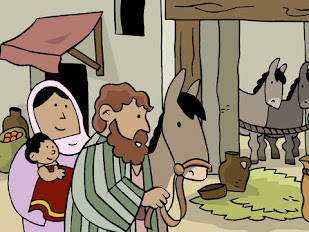 22 And when the days of her purification

according to the law of Moses were accomplished,

they brought him to Jerusalem,

to present him to the Lord;

Why does JESUS matter?

Why does JERUSALEM matter?

Here's a lovely story on the young JESUS, in Jerusalem:

21 And when eight days were accomplished

for the circumcising of the child,

his name was called Jesus,

which was so named of the angel

before he was conceived in the womb.

22 And when the days of her purification

according to the law of Moses were accomplished,

they brought him to Jerusalem,

to present him to the Lord;

Every male that openeth the womb

shall be called holy to the Lord;)

24 And to offer a sacrifice according to that

which is said in the law of the Lord,

A pair of turtledoves,

there was a man in Jerusalem,

whose name was Simeon;

and the same man was just and devout,

waiting for the consolation of Israel:

and the Holy Ghost was upon him.

26 And it was revealed unto him by the Holy Ghost,

that he should not see death,

before he had seen the Lord's Christ.

27 And he came by the Spirit into the temple:

and when the parents brought in the child Jesus,

to do for him after the custom of the law,

now lettest thou thy servant depart in peace,

according to thy word:

30 For mine eyes have seen thy salvation,

31 Which thou hast prepared before the face of all people;

32 A light to lighten the Gentiles,

and the glory of thy people Israel.

33 And Joseph and his mother marvelled

at those things which were spoken of him.

34 And Simeon blessed them,

and said unto Mary his mother,

this child is set for the fall and rising again

of many in Israel;

and for a sign which shall be spoken against;

a sword shall pierce through thy own soul also,)

that the thoughts of many hearts may be revealed.

the daughter of Phanuel,

of the tribe of Aser:

she was of a great age,

and had lived with an husband seven years from her virginity;

37 And she was a widow of about fourscore and four years,

which departed not from the temple,

but served God with fastings and prayers

38 And she coming in that instant

gave thanks likewise unto the Lord,

and spake of him to all them

that looked for redemption in Jerusalem.

39 And when they had performed all things

according to the law of the Lord,

they returned into Galilee,

to their own city Nazareth.

and waxed strong in spirit,

and the grace of God was upon him.

41 Now his parents went to Jerusalem every year

at the feast of the passover.

42 And when he was twelve years old,

they went up to Jerusalem after the custom of the feast.

43 And when they had fulfilled the days,

the child Jesus tarried behind in Jerusalem;

and Joseph and his mother knew not of it.

supposing him to have been in the company,

and they sought him among their kinsfolk and acquaintance.

45 And when they found him not,

they turned back again to Jerusalem,

that after three days they found him in the temple,

sitting in the midst of the doctors,

and asking them questions.

47 And all that heard him

were astonished at his understanding and answers.

and his mother said unto him,

why hast thou thus dealt with us?

thy father and I have sought thee sorrowing.

How is it that ye sought me?

wist ye not that I must be about my Father's business?

50 And they understood not the saying which he spake unto them.

51 And he went down with them,

and came to Nazareth,

and was subject unto them:

but his mother kept all these sayings in her heart.

52 And Jesus increased in wisdom and stature,

and in favour with God and man.