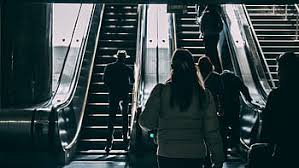 18 He that believeth on him is not condemned:

but he that believeth not is condemned already,

because he hath not believed

in the name of the only begotten Son of God.

19 And this is the condemnation,

that light is come into the world,

and men loved darkness rather than light,

because their deeds were evil.

It is sad, when people don't believe in Jesus.

How He gave of Himself, and yet, people challenged His divinity, and even crucified Him, as they continued to sin.

Here's what happened when people didn't believe in the Lord.

6 And he went out from thence,

and came into his own country;

2 And when the sabbath day was come,

he began to teach in the synagogue:

and many hearing him were astonished,

From whence hath this man these things?

and what wisdom is this which is given unto him,

that even such mighty works are wrought by his hands?

3 Is not this the carpenter,

the son of Mary,

the brother of James,

and are not his sisters here with us?

And they were offended at him.

A prophet is not without honour,

but in his own country,

and among his own kin,

and in his own house.

5 And he could there do no mighty work,

save that he laid his hands upon a few sick folk,

6 And he marvelled because of their unbelief.

And he went round about the villages,

Such was their hatred, and unbelief.

They drove Jesus from their city, and even wanted to kill the Lord.

No prophet is accepted in his own country.

many widows were in Israel in the days of Elias,

when the heaven was shut up three years and six months,

when great famine was throughout all the land;

26 But unto none of them was Elias sent,

a city of Sidon,

unto a woman that was a widow.

27 And many lepers were in Israel

in the time of Eliseus the prophet;

and none of them was cleansed,

28 And all they in the synagogue,

when they heard these things,

were filled with wrath,

and thrust him out of the city,

and led him unto the brow of the hill

whereon their city was built,

30 But he passing through the midst of them went his way,

But, of course, Jesus was not to die from their hands.

God's will be done in the Lord -- in fulfillment of Scripture.

Let the LORD have the last word, with regards to unbelievers.

24 I said therefore unto you,

that ye shall die in your sins:

for if ye believe not that I am he,

ye shall die in your sins.